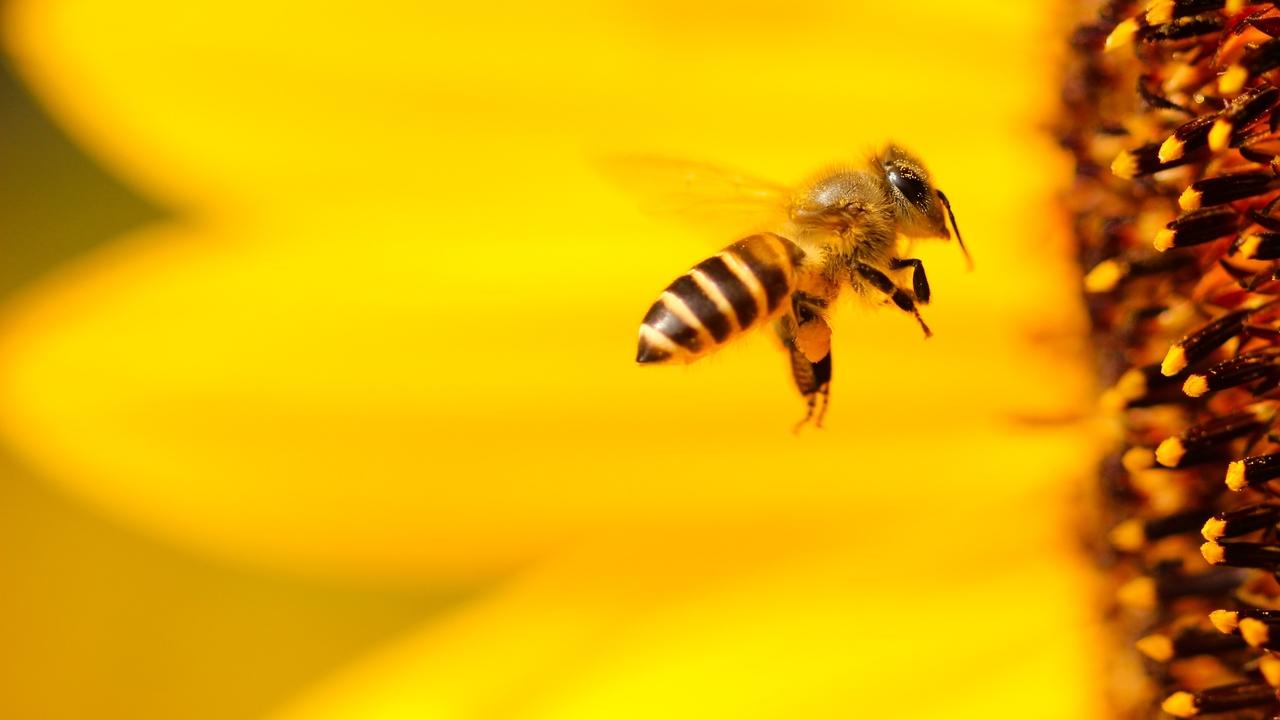 Honey Is A Comfort Colour

Honey is the quintessential comfort colour. Who can go past the warm-wooded mid-tone colour and silken texture of pure honey? Yet honey, and more specifically the honey bees, are under threat. Colour Psychology helps us to interpret the impact of environmental factors on the honey bee and the hive.

Often, when excavating ancient Egyptian tombs, modern archeologists will find something unexpected among the artifacts. Thousands of years old containers of fully edible honey still await the Pharoah's pleasure. The food remains unsullied through time. It is an unmistakable testament to the eternal nature of honey.

Honey is unique in that it can remain preserved in a completely edible form. This means you could tuck into a 'thousands of years old' jar of honey and enjoy it without delay. It would taste the same as if it were a day old. Honey is also unique amongst long-living foods as it retains medicinal properties that other resilient foods, such as salt and sugar, don’t have. (Source: The Smithsonian Institution)

Colour Psychology bears witness to the perennial properties of honey with its Orange mixed with mid-tone neutral, Grey. Those drawn to orange like to create beautiful things. Orange helps us stand strong in our beliefs with calm composure. In its positive interpretation, Grey is balanced and approachable. Adding grey to orange can soften the colour meaning of orange, making it more fluid, malleable and less solid. Like honey, orange stands strong over time. 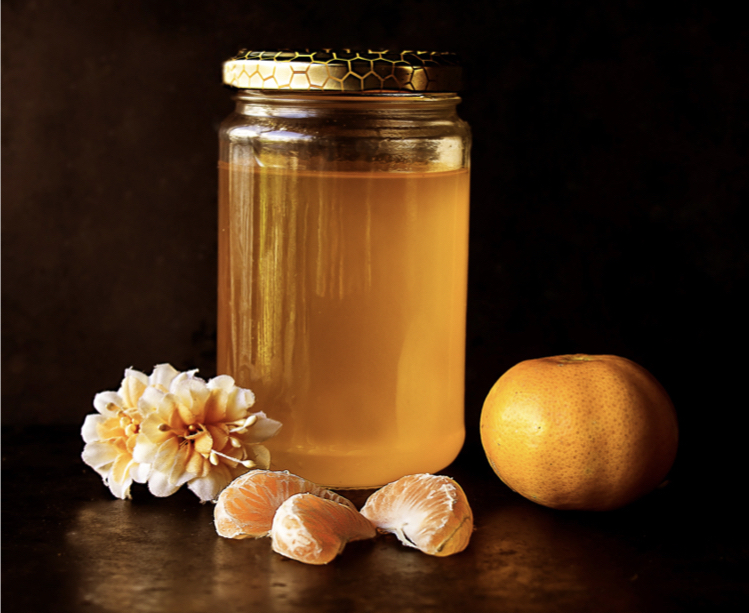 Honeybees are about 15 mm long and usually oval. Their bodies are marked by distinct bands (striations) that vary from Yellow to Yellow-Orange and Brown stripes, to almost Black. The light and dark bands send a powerful message to predators threatening the honeybees or their nectar, "Stay clear, or else!"

In Colour Psychology terms, positive Yellow has an activating effect on the mind. Those who resonate with it are quick thinkers. The Yellow-Orange represents transmutation. This describes the state of being changed into another form such as turning nectar into honey. Brown results from combining orange with black. As a positive, Orange helps to stimulate the appetite while black is providing protection.

Even though honeybees represent only a small percentage of bee species, they are essential to our survival. An estimated 33% of the world's food requires animal pollination, and up to 90% of this pollination is done by honeybees. They live in complex colonies and communicate with each other through dance. 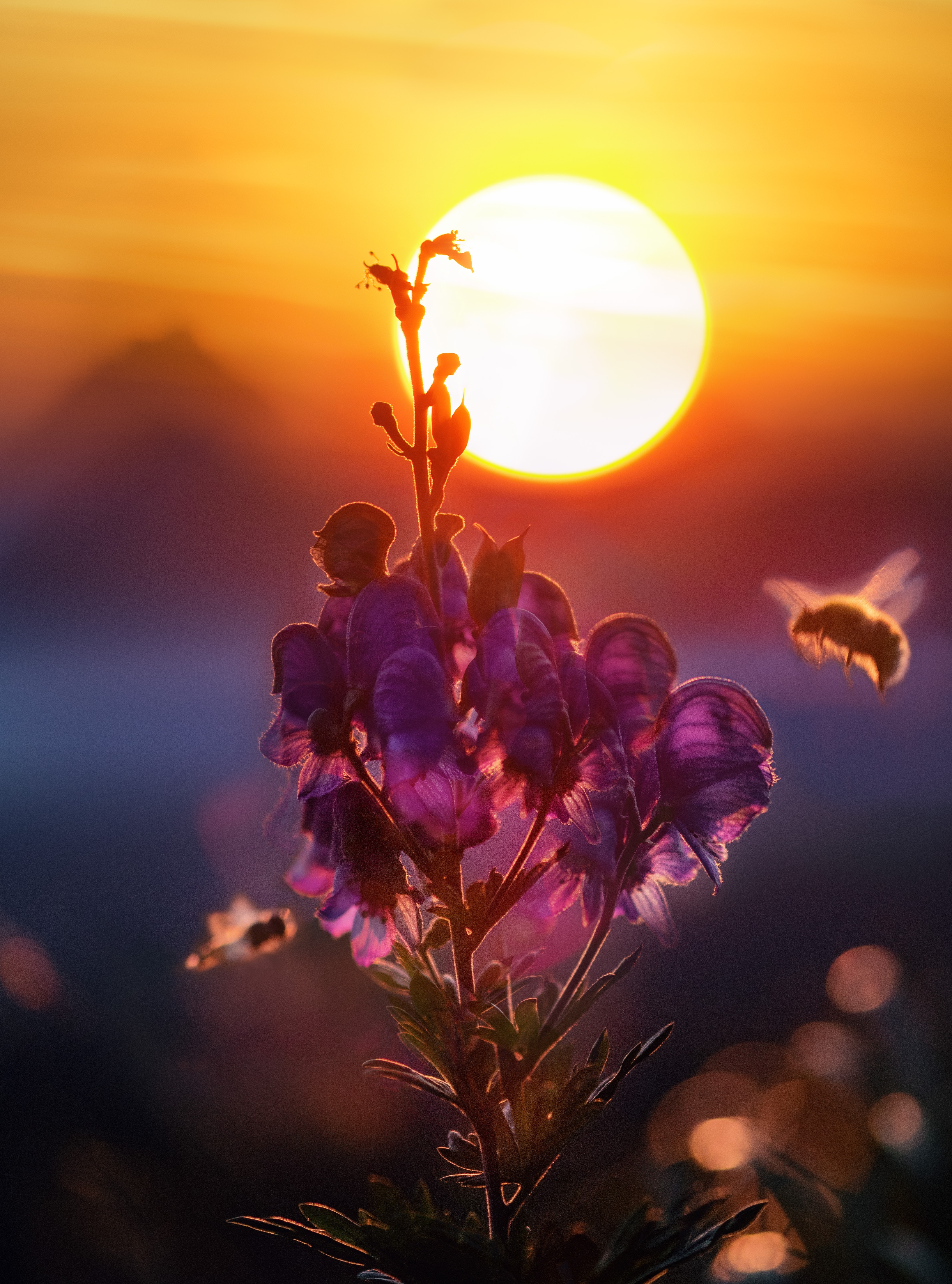 Even though bees contribute so much more, their most obvious superpower is producing honey. The thick, mouth-watering honey we know and love is produced by the worker bees. The process is one of transmutation and starts by collecting the nectar of flowering plants. The nectar is transmitted from one bee to another and stored in each bee's extra stomach. More and more of the water in the nectar is absorbed naturally in this process.

Once inside the beehive, the nectar is transferred once again and is sealed in the honeycomb of the hive. The bees fan the honeycomb with their wings to speed up the evaporation of the water. The result of this process is the gooey liquid we know as honey. Away from air and water, the honey can be stored indefinitely. It supplies the colony with food during winter and nectar shortages.

Alarmingly, honeybees and other pollinators are under siege and declining globally, especially in North America and Europe. When you consider that around one-third of our entire food source is pollinated by bees, you begin to see how important this decline is. According to the Australian Academy of Science, "bees face a number of threats including parasites, pathogens, agricultural pesticides and malnutrition, poor beekeeping practices and climate change." Some of the most destructive diseases have already arrived.

Even before the massive bushfires consumed much of their habitat and decimated honeybee numbers even further, scientists predicted that it was only a matter of time before the Australian bee industry was in danger. Beekeepers, who were already struggling to keep their honeybees alive, have seen the fires destroy millions of hectares of flowering trees in the bees' regular foraging areas. The colour of the healthy hive versus the depleted hive speaks volumes.

AgriFutures Australia explains the effect, "the nutritional content of nectar varies depending on the plant it is sourced from and the composition of the soil which the plant grows in. High protein diets increase the productivity of worker bees and protein needs are supplied by pollen. Lack of adequate food or nutrition could result in more aggressive colonies, are less productive, produce less brood and are unhygienic in the hive. Colonies may also neglect drone larvae, eat drone eggs and, in extreme cases, mature drones will be ejected from the hive. In extreme situations, honeybees will also cannibalise worker brood."

Colour Psychology bears witness to the fragility of out of balance honey bee colonies. Yellow in its negative state points to anxiety and fear. Off-kilter Yellow-Orange relates to safety issues, nervousness, and confusion. In peaceful times the Orange + Black that make up Brown, relate strongly to instinct and protection. When imminent danger threatens, fear and the desire for control can overwhelm and chaos ensues.

According to Greenpeace, the lack of robust regional or international programs designed to monitor the current status and trends of pollinators means there is considerable uncertainty in the scale and extent of this decline. Nonetheless, the known losses alone are striking. In recent winters, honeybee colony mortality in Europe has averaged around 20% (with a wide range of 1.8% to 53% between countries).

If you would like to learn more about the plight of honey bees worldwide, please click on the links below:

Tips For Planting A Bee Garden At Home https://www.backyardboss.net/tips-for-planting-a-bee-garden-at-home/

Ten Things You Can Do To Help Bees http://www.queenofthesun.com/get-involved/10-things-you-can-do-to-help-bees/

All photos courtesy of Unsplash

Stay connected with the latest news and updates! 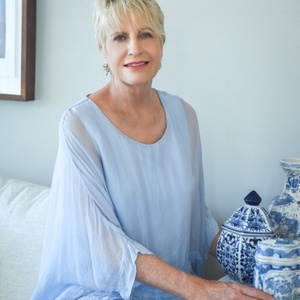 For the past eight years, Tracey McLeod has been using Colour Psychology to personalise design and decor selections for bespoke renovations and new home builds.

Get notified about new courses, events, blog posts and more.

New blog posts and course content being posted all the time!